Practising sports may be hazardous to your health 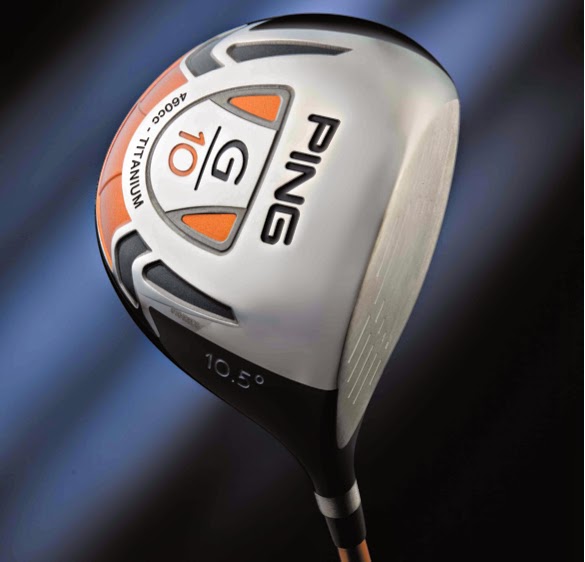 At least to your aural health... Not that long ago, the newspapers reported that a study on the effects of golf practicing on the ear concluded that the use of  thin-faced titanium drivers to propel the ball further could cause serious damage to one's hearing. Not the standard thicker stainless steel drivers mind you. The reports quoted a researcher who found evidence of temporary and even permanent cochlear damage due to the use of these drivers. Ping G10 was the worst producing over 130 decibels.
Tennis anyone...? Well, you better keep your ear plugs close by. Tennis is also a source of aural concern. Julian Treasure of the blog Sound Business writes about the racquet's racket. "Grunting, screeching, shrieking" by one player during the game can seriously affect the other player's concentration and game. The problem has become so serious that the International Tennis Federation’s thinking about adjusting the players code of conduct, "which could mean noisy players being muted permanently." There's even a list of the current top five noisiest players —the A(N)TP?— Treasure writes:
"5. Venus Williams 85 decibels Equivalent to: A food blender, city traffic (from inside a car).
4. Serena Williams 88.9 decibels Equivalent to: A truck passing by at 10m or a farm tractor.
3. Monica Seles 93.2 decibels The inspiration for the famous Centre Court ‘gruntometer’. Equivalent to: an electric drill, a motorcycle at 25 ft, or a power mower.
2. Maria Sharipova 101 decibels Equivalent to: A jet flying over at 1000 ft, a typical house stereo at maximum volume, a table saw. A walkman at maximum level.
1. Michelle Larcher De Brito 109 decibels (apparently) Equivalent to: A night club on the dance floor, front row at a rock concert, a jet taking off, a car horn."
Please, forgive this burst of patriotic fervor but the noisiest tennis player in the world is Portugal's Michelle De Brito.
And she's only 16!
Imagine the possibilities! I can assure you that we are all very proud of Michelle's performance here, although we will soon not be able to hear her, literally!

Promote Your Page Too